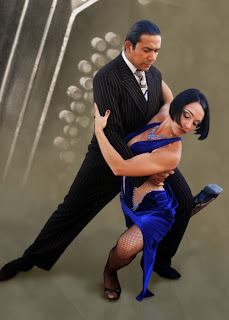 In March all tango classes in TanguerIN Studio will be taught by two very special resident teachers  - Cristian Cisneros and Virginia Porrino - maestros, dancers and choreographers of argentine tango from Buenos Aires. For this reason TanguerIN has decided to organize the March classes in courses all taught by the distinguished guests. It is possible to register for a full course as well as to visit individual classes. In addition to the courses for different levels in March Cristian and Virginia will teach special workshops in milonga and tango-vals.

This is the first time ever that professional argentinean tango dancers will stay as resident teachers at a local tango school in Bulgaria. TanguerIN Studio applies this innovative idea with the hope to increase the popularity of the argentine tango in the country and to speed up the development of a strong and committed community of local tango aficionados.

There will be also one special class following a popular demand:
SPECIAL CLASS: CANYENGUE - 29 March from 6.30 pm until 8.00 pm

Note: All of the above courses and workshops are for people who already dance argentine tango. Cristian and Virginia will also teach an introductory course for absolute beginners which is aimed at those who have never before danced tango

The location for all classes and workshops will be The Czech Club ballroom, 15 Krakra St., Sofia

SINGLE CLASSES: Single classes can be attended only with a partner. It is possible to come and pay before the respective class, but we encourage advance registration, since we will not allow registrations on the spot if the class is full.

Cancellation of a course/workshop is possible only before the first class, in which case a cancellation fee of 10 lv. per person and per course will be deducted.

All classes will be taught in English, additional explanations in Spanish are possible.

Information about Cristian and Virginia:

Cristian started dancing Argentine folklore as a kid. Virginia has studied classical ballet, tap, flamenco and has taken classes in the most important dance schools in Buenos Aires, including the San Martin Cultural Center. They met in 1993 while dancing in the Salta Folklore Ballet, realizing that they were both attracted to tango. They soon began to polish their tango dancing skills, studying with such distinguished master as Pepito Avellaneda, Roberto Herrera, Vanina Bilous, Alejandra Mantiñan and many others.

In 1999 they toured Japan with the orchestra of Beba Pugliese. They have also performed alongside orchestras like the Sexteto Mayor, Roberto Firpo , Armando Caló , Juan de Dios Filiberto, Juan D'Arienzo and others. In 2006 they joined the famous show Forever Tango in which they perform until now. With this show they have toured the most prestigious theatres in USA, Canada, Mexico and China, receiving critical acclaim. They have performed in many other tango shows, among them Tango Seduccion, with which they visited Bulgaria in 2009 and won the hearts of the audience. In Europe they have performed at the Olympia Theater in Paris, The Kremlin in Moscow and in many other important theatres. In Buenos Aires they danced in La Ventana Tango Show, Piazzolla Tango, Teatro Astral, Metropolitan, Alvear and Cervantes National Theater. They also participated in the TV Tango Documentary "A Tribute to Osvaldo Pugliese", on National Geographic. They are well-known as tango maestros in the USA and Italy where they have taught extensively in the last years. 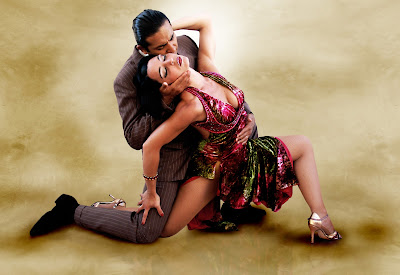