Sticking to its principle always to present live quality tango music from different periods and styles, the Tanguerin team will organize in October two concerts with famous tango musicians from Buenos Aires representing two styles from the opposite sides of the tango music spectrum. 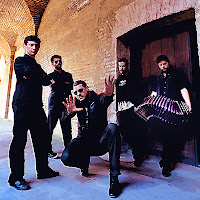 The first concert will feature one of the leading elelctrotango bands in the world - the legendary Tanghetto (www.tanghetto.com). Apart from being among the pioneers of the electronic tango, Tanghetto are the most awarded representatives of the genre with two Latin Grammy nominations and one Premio Gardel, the most important music award in Argentina.

During its 10-year long career, the band took beyond the very concept of electrotango, adding to the mixture some elements of traditional tango, jazz, diverse South American influences and rocking drum beats. One of the most influential argentinean daily newspapers, La Nacion, defines Tanghetto's music as “a singular combination of simplicity, sophistication, sensibility, energy and no prejudices”. And Los Angeles Time refers to the band as “the most seductive electrotango outfit”. Yet Tanghetto are best acknowledged for their unique ability to consistently surprise with innovative recordings in the studio and a powerful audiovisual show on stage.

Tanghetto are absolute trendsetters in the new tango scene of Buenos Aires. Five studio albums (all platinum or gold in Argentina), a live DVD, a double live album, soundtracks and tours in over 20 countries and 150 cities worldwide are some of their impressive career achievements. 2012 marks the 10th anniversary of the band and the milestone is celebrated with a big world tour that began with a sold-out concert at the Teatro ND / Ateneo in Buenos Aires. And for the first time Tanghetto includes Bulgaria in its tour schedule.

Following the concerts of Otros Aires and Narcotango this is the third of the series of events by Tanguerin dedicated to the electronic tango. Tanghetto's concert in Sofia is organized jointly with Jazz Plus and will happen on the 4th October from 8.30 pm in Sofia Live Club. As in all similar events so far the evening will continue with a big electrotango afterparty fueled by the music selection and the visuals of dj tangerine. Tickets for the event are on sale at the box offices of Ticjet Plus (www.ticketplus.bg), and cost 35 lv. in advance sale and 40 lv. at the door. And until 4th September tickets are sold at the special promotional price of 30 lv. 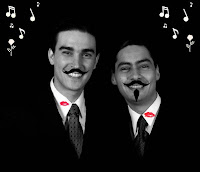 The second concert, which will be part of a special milonga, is dedicated to the traditional sung tango - the so-called "tango cancion", and will feature a very exotic formation - the vocal duo Fuertes Varnerin (www.fuertesvarnerin.com).

Agustin Fuertes and Ariel Varnerin are a true "vintage" tango duet interpreting famous tangos, valises and milongas with two voices in a very beautiful but rarely performed due to its difficulty style from tango's earliest years. The two tango troubadours brush the dust off the old arrangements, sung by famous tango duets in the past, and accompanied by a guitar and a guitarron (a type of latin-american guitar) they breathe new life into them much to the joy of all lovers of good traditional tango music.

Male duets have been extremely popular in the early stages of the development of tango music.  The most iconic tango singer Carlos Gardel himself started his career as a member of the mythical duet Gardel - Razzano. This very duet, together with several others male doubles of the time mark the beginning of the sung tango also known as "tango cancan". Furtertes and Varnerin perform some famous pieces from the rertoire of this duets but do not limit themselves only to this. They sing also an impressive selection from the Golden Age of tango that includes not only tangos but also emotion-saturated valses and joyful milongas. In their performances the renowned Buenos Aires bards use a unique singing technique, known to the lovers of traditional tangos from the records of such famous orchestras from the 40s as those of De Angelis, Troilo and others.

The concert of Duo Fuertes-Varnerin takes place on 9th October in Studio 5 Club in NDK (The National Palace of Culture) and is part of a special milonga during which there will also be music from the Golden Age of tango selected by DJ Marina from Tango Porta. Ticket for the event cost 15 lv. and can be bought at the door of Studio 5 on the day of the concert.